Audio available only on BluRay Disc 1 in JOHN LENNON/PLASTIC ONO BAND - THE ULTIMATE COLLECTION - SUPER DELUXE BOX SET. Out now → johnlennon.lnk.to/PlasticOnoBand2021
Before famously recording their legendary pacifist anthem “Give Peace A Chance” at their Bed-In for Peace at the Queen Elizabeth Hotel in Montreal on 31 May 1969, John Lennon & Yoko Ono rehearsed an early version of the song while at the Sheraton Oceanus Hotel in the Bahamas just days before, on 25 May.
The performance, which was captured by the Lennon's film cameraman Nic Knowland and sound recordist Mike Lax, has never been released until now and is the earliest known recording of the song.
The video features John humorously ad-libbing lyrics for the verses before being joined by Yoko for the memorable chorus that became an anti-war anthem for a generation and which remains an enduring protest song more than 50 years later.
Originally set for New York, the second Bed-In was relocated to the Bahamas after John & Yoko were denied entrance into the U.S. because of John's 1968 cannabis conviction. However, due to the layout of the hotel and the sweltering Bahamian heat, the couple flew to Toronto the following day and eventually settled in Montreal, chosen for its close proximity to New York and the American press, which they were hoping to use to get the attention of President Nixon.
The couple holed up in the hotel for a week where they gave unlimited access and endless interviews, in order that their extended honeymoon serve as a “commercial for peace.” The event culminated with the recording of John’s first solo single and the first to be credited to the Plastic Ono Band, “Give Peace A Chance.”
Surrounded by fans, Hare Krishnas and having spent the week with a host of notable friends and celebrities like LSD advocate Timothy Leary, singer Petula Clark, disc jockey Murray The K, comedian and civil rights activist Dick Gregory and comedian Tommy Smothers, who accompanied on acoustic guitar, John and Yoko performed the song in bed, dressed in their pyjamas and helped provide the soundtrack to a revolution.
Released just a month later in July 1969, backed with Yoko’s “Remember Love,” recorded that same night after their guests had left, the single reached No. 2 on the UK Singles Chart and No. 14 in the U.S. on the Billboard Hot 100, giving John his first hit outside of The Beatles.
Although originally credited to Lennon-McCartney due to his publishing agreemeent with Paul, John later revealed the song was written by him and Yoko and that she should have received the co-writing credit.
John said one of his proudest moments was when Peter Seeger led a crowd of over 500,000 protesters in singing a ten-minute version of ‘Give Peace A Chance’ at the Vietnam moratorium in Washington DC on 15 November 1969. bit.ly/vmoratorium
GIVE PEACE A CHANCE. (Home Demo)
Written and performed by John Lennon & Yoko Ono
© Sony /ATV Music Publishing LLC
℗ Calderstone Productions Limited (a division of Universal Music Group)
Directed & Produced by John Lennon & Yoko Ono, 1969
Film Cameraman: Nic Knowland, 1969
Sound Recordist: Mike Lax, 1969
Audio remastered by Sam Gannon, 2021
Visual restoration by David Frearson, 2021
Editor & Production Manager Simon Hilton, 2021
johnlennon.com

David Seib שעה לפני
Love John and so glad he found his soul mate in Yoko. I like listening to Paul talking about John, Paul is a class act who sticks up for John now that John can't stick up for himself. There is a lot of rubbish written about John but not by people who actually knew him and rarely by people who listened to his music and words. 'Bless You Wherever You Are' - quote from Walls and Bridges album.

Maxim Popov יום לפני
Thanks God tRump is over... Peace Love and Democracy 💙

Roy will 7 ימים לפני
Just becuz there’s bad religious and Christians out there don’t mean Christ Jesus ain’t real, always remember that. It’s painful to see millions and billions representing God and Christ the incorrect way n turning ppl off - BUT IT DOES NOT MEAN CHRIST AINT REAL. We’ll all have the answers some day. Be patient.

Ana Miguel 12 ימים לפני
Peace and love !!! This is moment for you 🙏 Pace and love in the wolrd love forerever and love with jesus christ!!! Aleluiahh

jon dough 15 ימים לפני
even when he's screwing around and having some fun, he's a creative tsunami. amazing.

S.Kimaux 16 ימים לפני
John will always live in our hearts with his amazing music and lyrics come what may...

David Robinson 18 ימים לפני
John just knocking out a little ditty and trying to make his missus laugh. God, I miss him.

Yoko Queen Ono 18 ימים לפני
Yoko's smile so cute and John also! this brings a wide smile in my face just when i was blue!! Thanks yoko and john forever in debt with you two.

Jolanta Lizewski 18 ימים לפני
Yes,Imagine and Give peace of ......

rick 20 ימים לפני
Looks like the people that are Disliking this must be fans of Pop Tart Singers, Rap and/or K-Pop. None of which have talent and won't be remembered in 15 years let alone in 60

Tal Moore 21 יום לפני
After all the shit we've given Yoko over the years, she still blesses us with these gifts.

craig rice 22 ימים לפני
I LOVE YOU JOHN AND YOKO!!! ALWAYS AND FOREVER...

Rishav Kundu 22 ימים לפני
People wouldn't normally listen to any artist saying mumbled words but for this man - the world will stop and listen for a while.

Maui Reyes 6 ימים לפני
Correct. Since it was John, I listened.

Muhamad Ariz. A 22 ימים לפני
its such beautiful vid

DJT FOREVER 22 ימים לפני
Interesting that the description credits this to Lennon/Ono when in 1969 it was credited to Lennon/McCartney.

Sy Goldman 22 ימים לפני
I was 21 years old when he died. I still miss John Lennon...

Aniket Patil 22 ימים לפני
why, just why in the world am i tearin up?!

Kurniadi Tan 23 ימים לפני
Nobody's talking that this song (apart of the fact that it might have been the first mass peace anthem) was probably the very embryotic stage of rap music?

Wayne King 24 ימים לפני
This was hard to watch. Lennon was so embarrassing! Delusional too.

L 24 ימים לפני
Genius , for OUR DAYS ( days of dictatorships)

KissMyAxe 24 ימים לפני
As long as there are two people alive on this earth, someone is going to want someone dead. I hate to say it, but I don't think peace has ever really been an option to begin with smh 😔

Watanabe 24 ימים לפני
Fun factoid : If you wish to get your neighbours to permanently move simply play any Yoko Ono album at high volume. One play is all that is required.

GandalfAndFerg 24 ימים לפני
What are people talking about?

Name Me 25 ימים לפני
His voice is magic!😍

sam beckingsale 25 ימים לפני
You say it loud enough and long enough , you may actually start to believe it. Then who knows.

Tony MacFarlane 25 ימים לפני
I don't know about anyone else, but I am witnessing an embryonic rap style slouching towards Brooklyn to be born.

yui O 25 ימים לפני
His song, raspy voice, the way of his glance ... everything he has in this video feels like powerful and invincible. If you read this comment, let’s sing along with John for the world .... all we are saying ... 🎶

Freya Wilkinson 21 יום לפני
@craig rice I agree. I think if john stayed with Cynthia he wouldn’t have written Julia, mother or my mummy’s dead

craig rice 22 ימים לפני
I believe Yoko had a lot to do with how John grew as a person.

rumble fish 25 ימים לפני
this is even more rare becquse we could hear yoko doing real harmony on the spot. and suprisingly well.

Emma Smulders 24 ימים לפני
He did some really cool things on the guitar, and some musicians who worked with him say he's underrated as a guitarist. However, objectively Paul (and Geo) were better though.

Craig Geil 25 ימים לפני
What, Yoko didn't start screeching in the middle of the song?

Andy 26 ימים לפני
5k quality here is kinda useless for phone and computer screens , it might only work for big cinema screens due to high original film resolution

Marcel1978dt 26 ימים לפני
Great material! Love it! Who needs more than John and his guitar? Thanks John!

michaelterry1000 26 ימים לפני
This is near the end of the Beatles and he still was only in his 20s.

Syuzi Arakelyan 26 ימים לפני
the girl was his gf? 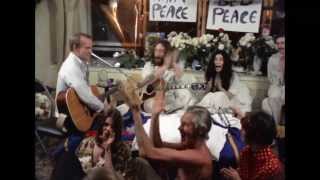 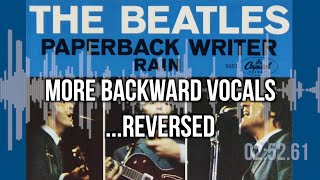 12:34
The Radical Innovations of the Perfect Beatles Song
You Can't Unhear This
צפיות 399 אלפי 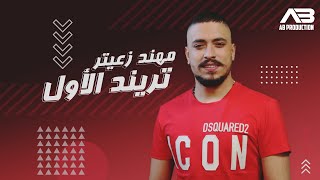 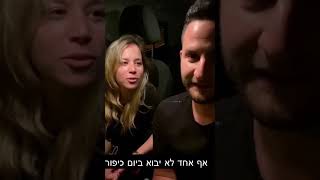 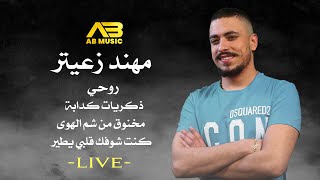 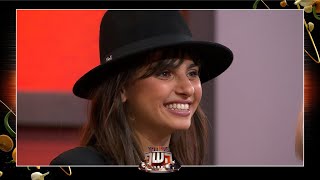